Nika Radisic stepped on a court as a second player, which was her first Fed cup singles match of career. For the first time in her career she had to face top 100 and top 50 ranked player Iga Swiatek (WTA 48), who just arrived from Australian Open, where she reached fourth round. More experienced Iga defeated Nika 6:2 6:1. Despite the result, Nika was resisting to Iga the whole match. From 1:1 in second set, Nika had many game and break points for next three games, which she didn’t take. Swiatek won the match and Poland took the lead.

Slovenia lost to Poland 1:2 and will fight on Saturday against team Serbia to advance to play off for the World Group. 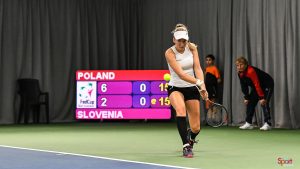 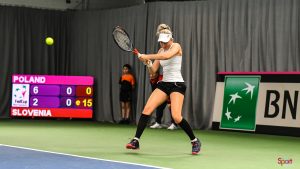 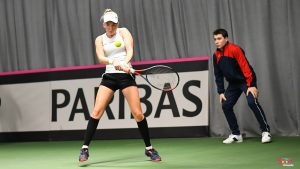