Nika Radisic has qualified for the first time on the $25.000 ITF tournament in Olomouc (Czech Republic).

In both qualifying matches she won in three sets against Czech opponents Krystina Hrabalova and then Veronika Vlkovska.

In the first round of main draw she defeated Czech wildcard Natalie Augustinova with 64 61. In the next round she played against Turkish 4th seeded player Ipek Soylu (WTA 304) and lost 60 63.

This week Nika earned 6 more points for the WTA rankings. 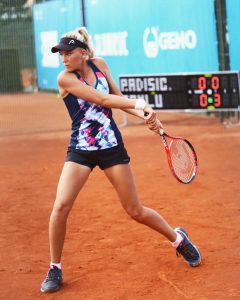 1From qualification to semifinalNika in top eight to compete in Hamburg