You are here: Home / Nika’s story

I began playing tennis when I was 7 years old. I started practicing in Sports park Bonifika in Koper. In very early age I started competing and being very successful on many tournaments in my category.

In the youngest category U12 I was invited to play for Slovenian national team in Sheffield in England, where we reached 4th place in Europe. I also performed for national team in age U14 and later in U18. 2018 and 2019 I was representing Slovenia on Fed Cup.

When I was 13 years old I went from Sports park Bonifika to Tennis Academy Los Vanganelos, where I started practicing with Dominik Senica (my current coach). Two months later I won the national championship U14 and later I finished season as highest reached 36th player in Tennis Europe rankings.

In 2015 I attended European Youth Olympic Festival (EYOF) in Tbilisi in Georgia, where I won a gold medal in doubles with Kaja Juvan. This result gave me a higher categorisation.

From 2016 to 2018 I have won many titles on world junior tournaments, which gave me a chance to compete in main draw on all four junior Grand Slams in 2018. In the same year I reached 5.-8. place in European Junior Championship. I finished my junior career with highest reached ranking as 18th player in the world.

In a young age I set very high goals for my career. My goals were to become top 10 player in WTA rankings and win a Grand Slam title. I keep following these goals and successfully moving towards them. 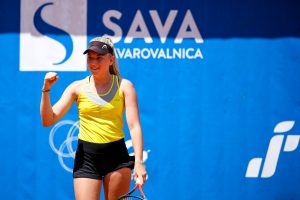 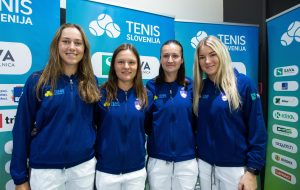 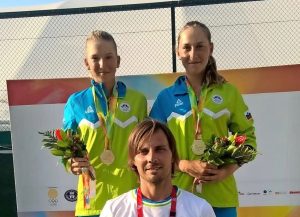