Finalist in doubles on W100

In last two weeks Nika challenged herself on two of the strongest ITF women’s tournaments.

First tournament with total prize money $60.000, Nika finished in the first round of qualifying against two years older Miriam Bulgaru (WTA 375) from Romania.

In second week she competed on the biggest ITF professional tournament worth $100.000, which is the last step before WTA tournaments.

Nika with her doubles partner Nina Potocnik, made the best achievement in her doubles career.

They were the last pair in the draw, but at the end they reached the final.

In the first round they were better than Elisabetta Cocciaretto (ITA) and Maja Chwalinska (POL). In second round their opponents should be Reka Luka Jani (HUN) and Irina Bara (ROU), but they retired because of injury.

In semifinal they played against hungarians Anna Bondar and Dalma Galfi and defeated them with final score 6:4 6:3.

In Saturday’s final match, they stepped on the court with second seeded players of the tournament, Fanny Stollar (HUN) and Georgina Garcia Perez (ESP), who already won a couple of big tournaments, including one WTA ($250.000). Fanny and Georgina took a lead at the beginning of the match and won the first set 6:1. In second set Nika and Nina had many chances at 5:2 to take the set, but at the end they lost in second set’s tiebreak 7:6(4). 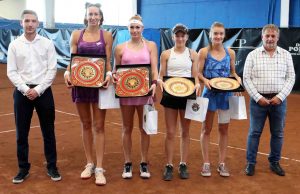 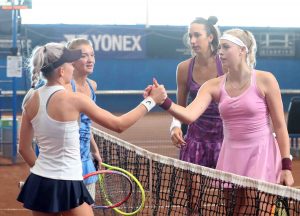 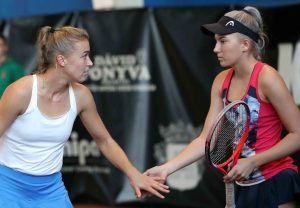 1Contract with IsospeedBlog: Going into 2020