I decided I’m going to write my first blog about my goals for 2020, preseason and work.

Firstly, I want to thank everyone who supported me through the whole year: my parents, Dominik Senica – tennis coach, Saša Maraž – physical coach, Aleksandra Pinterič – mental coach, tennis club LTA and all the sponsors (written down bellow).
It was a successful season with some ups and downs and especially with new experiences.
I have won my first professional title and reached my career high singles ranking of 479.
Besides 15.000, this season I regularly started competing on 25.000 dollar tournaments. I also tested myself on two of the tournaments with prize money 60.000 and 100.000 dollars.
I will finish this season with year-end singles ranking around 520 WTA and doubles ranking 340.

My goal for the next season is to improve and make progress in few things.
In the beginning of December I’m starting with a preseason, which will mostly base on physical and mental preparation.
My first goal is to gain muscle mass in upper and lower body, for total five kilograms. I’m going to do from four to five fitness practices per week, which will last two hours. At the same time I will maintain speed, agility and endurance (four to five times per week) and tennis practices which will last from 45-60 minutes.
Besides all the workouts I will take at least 60 minutes per day to maintain core stability, exercise for prevention of injuries and flexibility.
In first five weeks in fitness I’m going to work on muscle hypertrophy. After that it comes to ten days of increasing power to maximum and at the same time, increasing the length of tennis practices.
In the last week of January I will test my preparation on 15.000 USD tournament in Germany. After I finish the tournament, ten days long period will follow, where I will release kilograms of weights in fitness, and do the exercises in half-activation and activation. All the practices I will do in Ljubljana Tennis Academy with my tennis coach Dominik Senica and physical coach Saša Maraž.
Besides physical preparation, I’m going to work with psychologist on mental preparation, which I need to achieve my goals. Things I want to improve the most in this section are concentration and calmness during the match.

In 2020 I intend to play about twenty tournaments. In the first part of the season I will mostly play tournaments with prize money 15.000 and 25.000 dollars.
Continuing the season and choosing tournaments depends of my position on WTA ranking list, that I will reach until then.

My competing goals for the next season are to play as many successful 25.000 dollar or higher tournaments and to break into top 250 players until the end of the season. This will allow me competing in qualifications of Grand Slam tournaments in 2021. 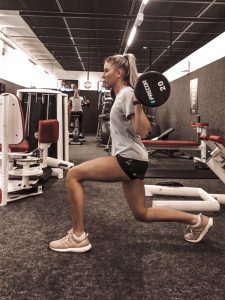 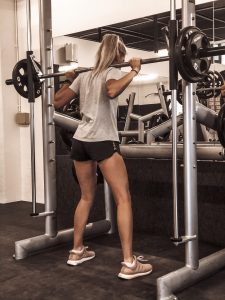